I have always enjoyed doing handcrafts, especially the ones involving a little bit of engineering. Not sure if we should call them handcrafts in that case but here I refer to everything i have made myself handcrafts. The stuff I make could be categorized into the following:

My sense of crafting something decorative is quite a recent one actually. Most of the stuff here have their own personality. Some are evil and some are good. Below you can see a couple of them.

Ronak is a girl’s name meaning luminous in Kurdish. Though it is made with CD disks and a kitchen board I found on the ground floor of our building, She is gorgeous. I put some of the CDs in the microwaves for a few seconds to get them all cracked up. I have no special tools, I just used a knife and a pair of scissors to cut the CDs. I had something totally different in mind when I first found the big clock but as soon as I came across that golden watch everything changed. luckily, the nivea hand cream container was exactly the size I needed.

Gol means flower in Persian and Gift is the German word for poison (not the best gift i guess) so it is a poisonous flower. Don't ask me why I gave a devilish personality to this one. It just came naturally. I found the vase, the rest I did myself including the painting. That yellow string is actully one of the resistance bands I used for working out. I had no flower that day ( I usually don't have flowers available either) so I just used that beautiful elastic band. The two fruits hanging down are two empty perfume bottles. They were too good for the trashbin. Trüska means “a little bit of light” in Kurdish. I already had the cup, I just decorated it with pieces of CDs and painted it afterward. The light comes from a small LED light inside the cup. The handcrafts in this category involve a little bit of engineering and science. Though most of my handcrafts belong to this category, sadly, I do not have any pictures of them. I would have never thought of putting them on my website one day.

This magic Christmas tree has notthing to do with electromagentisim, transformers, or Faraday’s law of induction as you can see in the second video. Its pure Magic! the recepie for this magic tree:

This magic Christmas tree has nothing to do with electromagnetism, transformers, or Faraday’s law of induction as you can see in the second video. It’s pure Magic! the recipe for this magic tree:

The Bike: the ever-going project

In my third year in high school, I made this handcrafted motorbike out of pretty much everything I had. I spent so much time on it that my uncle called it the ever-going project. Unfortunately, I have no video of when it was working and I regret that forever. However, there are some pictures of its two versions.

The first one shortly before the first version, You can see the chassis is made of old window/door frames. The engine itself was from an old motorbike I got by trading my phone (Nokia 6600) with someone. It took me more than a month to figure out how to get the engine fixed and running. But in the end, it was working, there was only one problem, the weight and force were too much for the back wheel, so I replaced it with a wheel of a wheelbarrow 😄

The second version was quite stable, I have so many happy and sad memories with it. Though it was not a perfect bike, to this day, I am still proud of what I have done as a high school boy who had no equipment.

I am terrible at paintings, I have to admit. I had my first one-session free painting course and that’s how I got two empty canvases along with paints and paintbrushes. My first painting is just three feathers, I followed the instruction of the teacher. it turn out to be nice I think.

My second paitning is worth in terms of appearance but I like the idea behind it. I think I have many nice ideas overall, I just do not know how to paint them. You might ask whats the idea here? Read the caption and try to relate it to the painting.

Go to the top 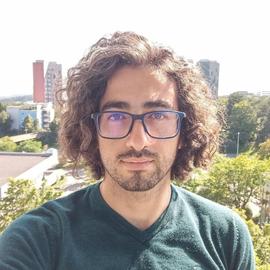